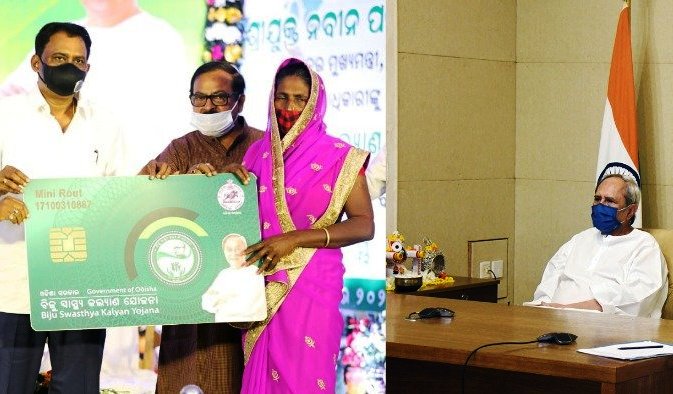 Bhubaneswar: In yet another major success in the history of healthcare, the State government’s flagship health scheme campaign, Biju Swasthya Kalyan Yojna (BSKY), launched from Malkangiri on August  20 this year, culminated today after covering all 30 districts of Odisha.

Addressing the people of both the districts, the Chief Minister said that the smart health card of the Biju Swasthya Kalyan Yojna would alleviate the cost of hospital expenses for the poor people that provide free treatment at the best hospitals in the country.

The Chief Minister also launched various projects worth over Rs 1,500 crore in Kendrapara district. “There has been a long-standing demand for industrial development in Kendrapara,” he said adding that the district would be added to the country’s industrial map very soon.

The Chief Minister said that BSKY Smart Health Card service has been launched across the state from September 1 this year. “From that day on, a new era in Odisha’s healthcare began,” he said adding that with the help of smart health cards, the plight of poor people has been alleviated.

Patnaik said 3.5 crore people from 96 lakh households in the state would benefit from the scheme.

“Odisha is the only state where the state government bears all the costs, from testing to treatment to all patients affected with Coronavirus,” the Odisha CM said.

Man Gets Lifer For Killing Mother In Puri