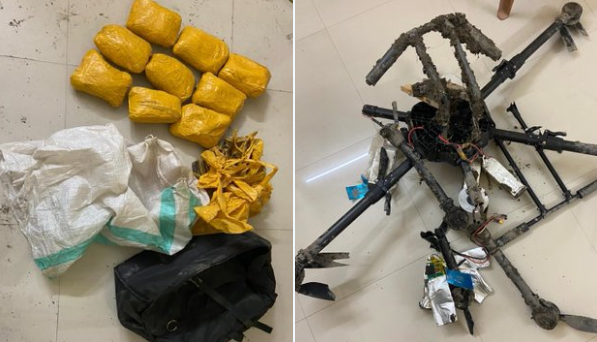 The estimated weight of the recovered heroin was found to be 10 kg with packing material, informed officials.

According to reports, vigilant BSF troops fired at the drone coming from Pakistan and foiled the smuggling bid from across the border. They recovered  9 packets of contraband in a bag.

09/05/2022#Amritsar @BSF_Punjab Frontier#BSF troops foiled another smuggling attempt through Pak drone. Vigilant BSF troops fired at the drone coming from Pak & brought it down. Drone carrying 9 packets suspected to be #Heroin (10.670Kgs) in a bag were also recovered.#JaiHind pic.twitter.com/MhAsr9omw3

Rupee Slumps 52 Paise To All-time Low Of 77.42 Against US Dollar