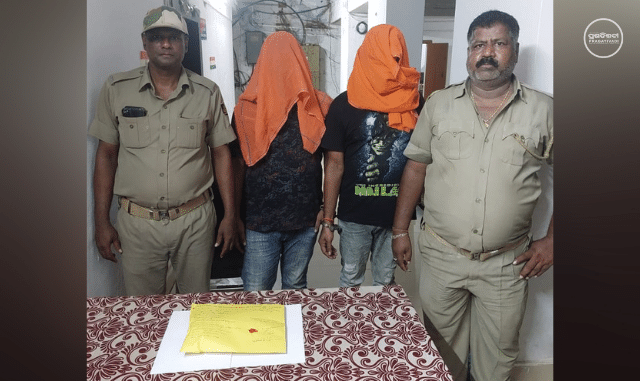 According to police, they had information about two persons who were involved in the brown sugar trade in the area.

Acting on reliable inputs, a police team conducted a raid near Anlei Temple and nabbed two persons identified as Muna alias Prakash Nayak (42), and Suresh Kumar Sahoo alias Sura when the duo arrived in a motorcycle to sell brown sugar.

Upon search, 260 gram of brown sugar was recovered and seized from their possession and the bike used from smuggling the contraband also seized, the police said.