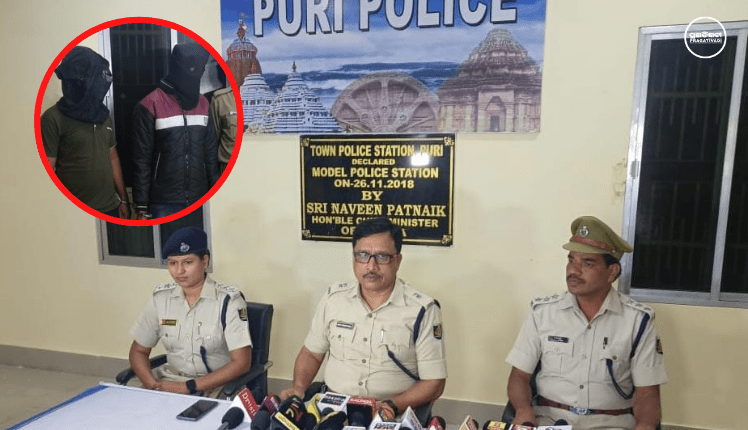 Puri: Two brown sugar peddlers were arrested and 100 grams of contraband worth Rs 10 lakh seized from them, informed Puri Additional SP Mihir Kumar Panda at a presser on Monday.

The arrested peddlers were identified as Sampad Kumar Das, a native of Gop area in Puri district and Kamal Kishore Panda of Khantapada in Balasore district, the police official said, adding that three mobile phones and Rs 1,000 cash was also seized from their possession.

The personnel of Special Task Force and Talabania police station conducted a joint raid near Hulahulia bridge in Puri and nabbed the two brown sugar peddlers red-handed while they trying to sell the drugs, said the Additional SP.