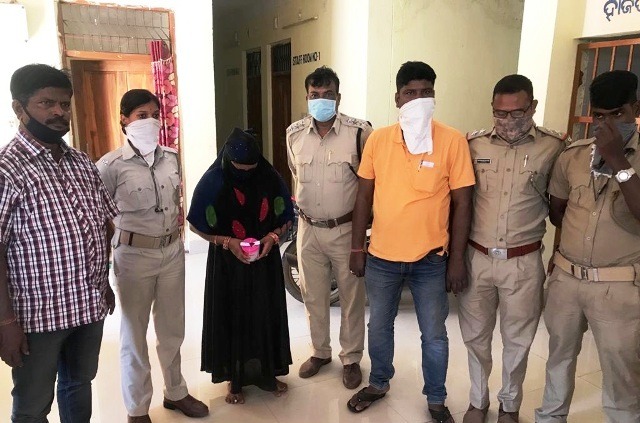 Khandapada: Central Excise Intelligence personnel along with their Cuttack counterpart conducted a surprise raid at a house in Khalisahi-Kotapokhari village under Khandapada block in Nayagarh district and seized brown sugar worth Rs 10 lakh while arresting a woman involved in the illegal trade.

Police said the husband of the arrested woman, SK Nizamuddin, is a notorious criminal. However, he was not present in the house during the raid.

The seized contraband is estimated to worth around Rs 10 lakh. A case has been registered in this regard, informed IIC Samal.

As per information, SK Nizamuddin was staying in the rented accommodation along with his family since the last few months. Local sources said that several unknown persons were visiting his house after sunset which raised suspicion.

Alert residents of the locality have been complaining of unabated sale of brown sugar in Khalisahi, Mardarajpur, Khandapada, Kantilo and Bahada area. They said if the excise department investigates more about the source, brown sugar smuggling racket and would come to the fore.

COVID-19 Vaccination: Priority To Be Given To 3 Cr Healthcare & Frontline Workers