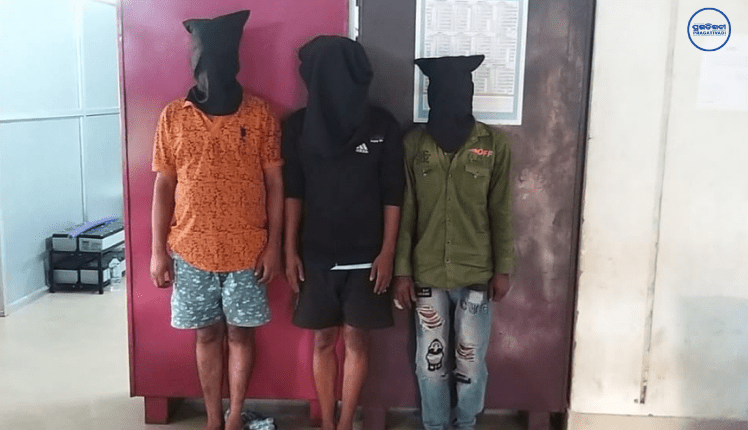 Puri: Three drug peddlers were arrested in the Pilgrim town of Puri and 6.30 grams of brown sugar was seized from them on Monday.

Acting on a tip-off, Baselisahi police intercepted the drug peddlers while they were en route to Puri from Brahmagiri area on a motorcycle this morning.

Around 6.30 grams of brown sugar, Rs 400, cash, three mobile phones and a bike without a licence plate were seized from them, he added.

Baselisahi police station has registered a case (206/21) against the accused persons under Section (21)B of the NDPS Act and forwarded them to the court.