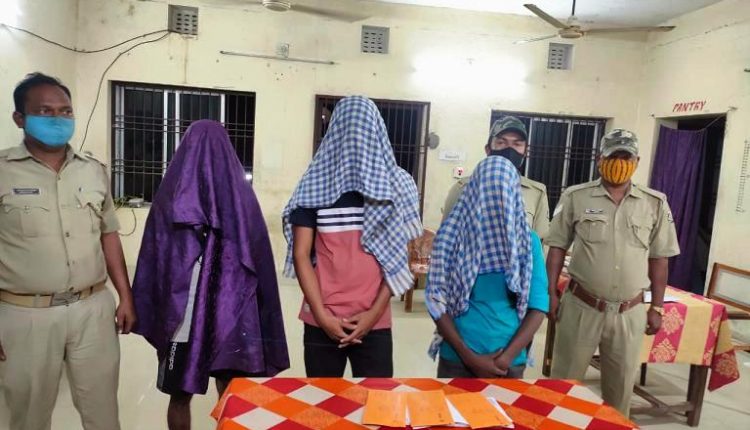 Kendrapara: Police have arrested three persons including an engineer on charges of peddling brown sugar in Chandol area of Kendrapara district.

Around 500 milligrams of brown sugar estimated to be worth Rs 50,000 was seized from them, the police said.

During interrogation, the accused techie, Rakesh who works in a private company here, has confessed that he himself consumes brown sugar and used to sell the contraband that her acquires from Bhubaneswar.

Chandol police outpost in-charge Soumya Ranjan Panigrahi came to know about the drug dealers operating in Chandol Bazaar and set a trap to arrest them. The trio was then arrested.

A case was registered at the Sadar police station and three youths were taken to court. They have been remanded in jail custody after their bail plea was rejected.

Man Commits Suicide By Jumping From Building in Cuttack