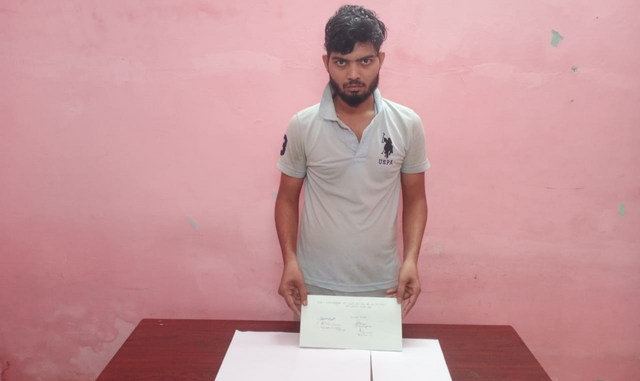 Bhubaneswar: Police on Saturday apprehended a brown sugar peddler from Khandagiri Hills in Bhubaneswar and seized 13 grams of the contraband from him.

The arrested drug peddler has been identified as Keshav Singh (21) of Gurujanga in Khurda.

According to police, the accused Keshav was selling brown sugar behind a public toilet near the Khandagiri hill on Saturday.

Acting on the tip-off, Khandagiri police immediately reached the spot and apprehended the accused while seizing 13 grams of brown sugar from his possession.

During the interrogation at the police station, the accused revealed that he was making a huge profit by smuggling brown sugar from Balasore area and selling it to youths in Bhubaneswar, the police said and added that the accused has been forwarded to the court.