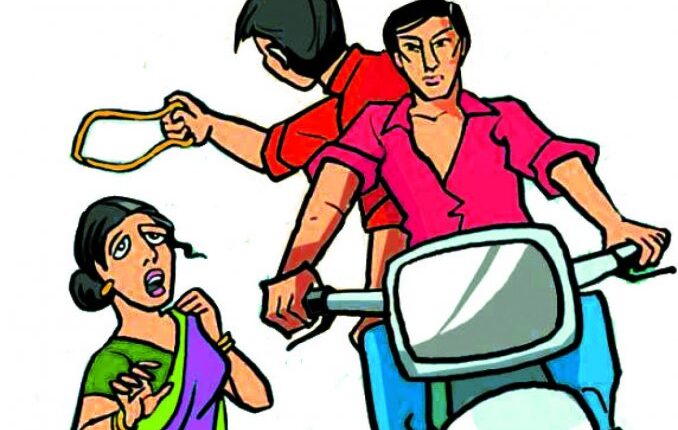 Bhubaneswar: In a broad daylight incident, two bike-borne miscreants have allegedly snatched a gold chain from a woman in Bhubaneswar this morning.

According to reports, the incident took place while the woman was returning home from a nearby temple when the miscreants intercepted and snatched gold chain from her neck at VSS Nagar Road near Sainik School in Bhubaneswar at around 6:30 am and fled from the spot.

On the basis of the complaint, police have launched a probe into the matter. Further investigation is underway to nab the accused.