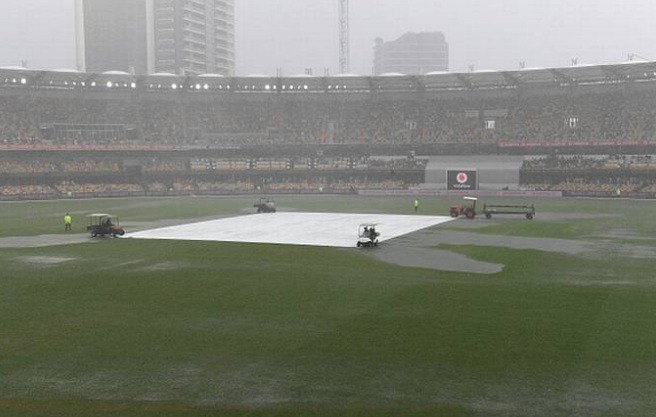 Brisbane: The second day of the fourth and final Test match between Australia and India was abandoned by the rain here at the Gabba on Saturday.

The final session was washed out, and India finished at 62 for two at stumps, after the hosts were bowled out for 369 before the lunch break.

Until Rohit Sharma’s dismissal, India looked to be in control and now once again, the pressure of gaining momentum has been put on Ajinkya Rahane (2) and Cheteshwar Pujara (8).

The duo is unbeaten and will be aiming to stage a turnaround on Day 3.

Nathan Lyon took the wicket of Rohit in his 100th Test match, and Pat Cummins was once again amongst the wicket-takers for Australia.