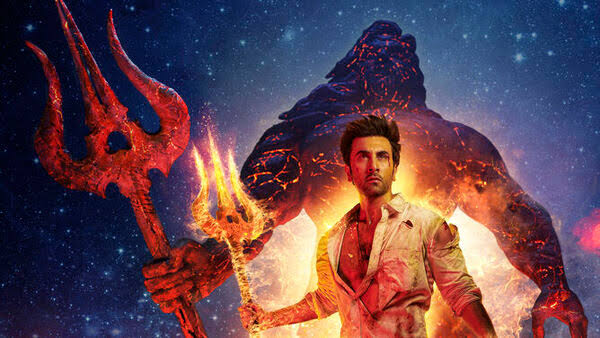 Mumbai: After waiting for years, Ayan Mukerji is all set to showcase his dream project Brahmastra. The Alia Bhatt-Ranbir Kapoor starrer is out in theatres.

The fantasy adventure from the Dharma Productions stable starring Ranbir Kapoor and Alia Bhatt comes at a time overall box office collections have dropped 20 per cent in July-August (over pre-Covid levels) and occupancy rates have gone down from an average of 25-27 per cent to 20-22 per cent, according to analysts.

Brahmastra, Ayan Mukerji’s much-awaited sci-fi directorial starring Alia Bhatt and Ranbir Kapoor for the first time together, along with Amitabh Bachchan, Nagarjuna and Mouni Roy, released in theatres on Friday.

The review also highlighted the presence of megastar Amitabh Bachchan and Nagarjuna, but refrained from naming Shah Rukh Khan. The film critic wrote, “Casting titans of Indian Cinema as the Brahmastra pieces’ guardians (towering talents like Amitabh Bachchan, Nagarjuna Akkineni and a gigantic Bollywood superstar who’d be a spoiler to reveal) is a shrewd move, as it gives the ensuing action added gravitas, while gifting the audience with gleeful grins.”

Brahmastra has had a flying start when it comes to advance booking. The film has sold approx 1.5 lakh tickets and is eyeing an opening of 20-25 crore. The Ranbir Kapoor-Alia Bhatt starrer will be hitting 8000 screens globally, out of which 5000 is in India.