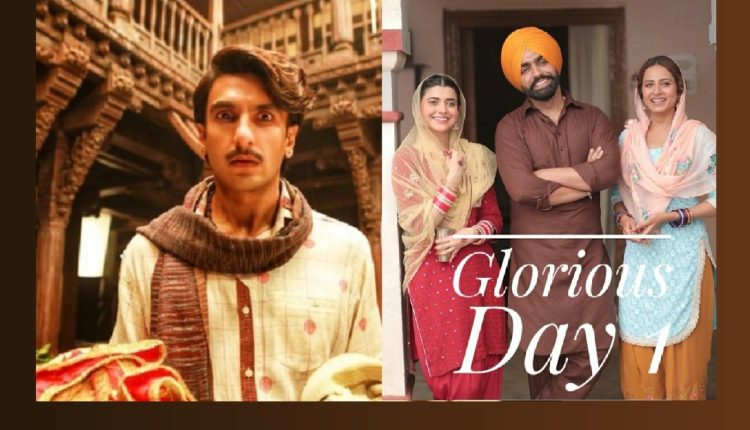 Mumbai: This Friday saw the release of Ranveer Singh’s much-awaited comedy-drama. Despite the fact that the expectations from the film were quite high looking at the massive success of the actor’s last release ’83,’ the film could not do justice.

On the first day, the box office collections remained low and were recorded at around Rs 3 crore nett. The fight was not just between ‘Jayeshbhai Jordaar’ and KGF Chapter 2 but also the recent Hollywood release ‘Doctor Strange 2.

The second and third days were crucial as after that the first-weekend business will be recorded. However, it seems that the film was not as ‘jordaar’ as expected.

Even on Saturday, the film was definitely not the first choice for the movie-goers. Inspite of Divyang Thakkar’s film, the audience preferred the previous releases along with the Punjabi film ‘Saunkan Saunkne’ starring Ammy Virk, Sargun Mehta and Nimrat Khaira.

On the second day of its release, the film is expected to rake in collections of around Rs 3.80 crore which are better than day one but still on the lower side. Boxofficeindia previously predicted, “Saturday growth but its a low starting point and can the sort of growth come that came before the pandemic and can the film consolidate that growth on Sunday. Runway and Jersey failed to do this despite Saturday going up well and it remains to be seen how Jayeshbhai Jordaar goes.”

Contrary to the same, the Punjabi film had an amazing collection which was tweeted by Taran Adarsh.

#Punjabi film #SaunkanSaunkne springs a wonderful surprise, takes a SMASHING START on Day 1… The numbers are a morale booster for the #Punjabi film industry… The word of mouth is terrific, a solid weekend total is on the cards… Fri ₹ 2.25 cr. pic.twitter.com/v9cfzWvF6h