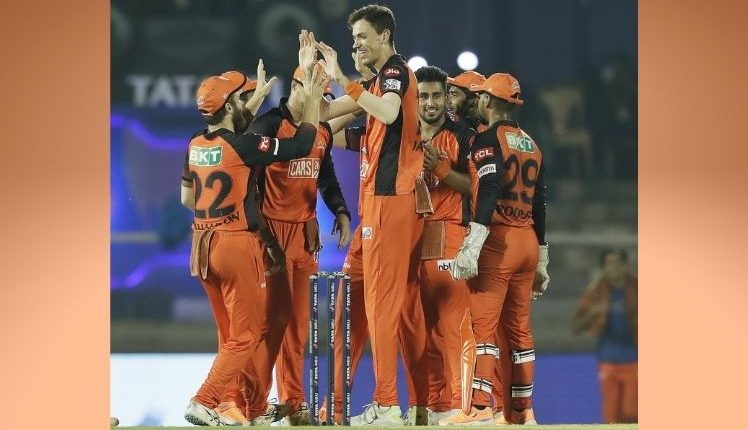 Kane Williamson and Abhishek Sharma got off to a steady start in their run-chase of 69 runs.

While Abhishek Sharma scored a quick 47, hitting eight fours and one six in balls, Williamson scored 16 runs. In last, Rahul Tripathi hit a winning six in the last ball of the 8th over.

Earlier, Marco Jansen and T Natarajan bowled brilliantly as SRH demolished the RCB batting line-up and restricted them to a total of 68 runs in 16.1 overs.

Both left-arm pacers claimed three wickets each while Jagadeesha Suchith returned with brilliant figures of two wickets for 12 runs in 3 overs.

Umran Malik bowled brilliantly and took one wicket while Bhuvneshwar Kumar claimed the last wicket. Suyash Prabhudessai was the highest scorer for RCB with 68 runs.