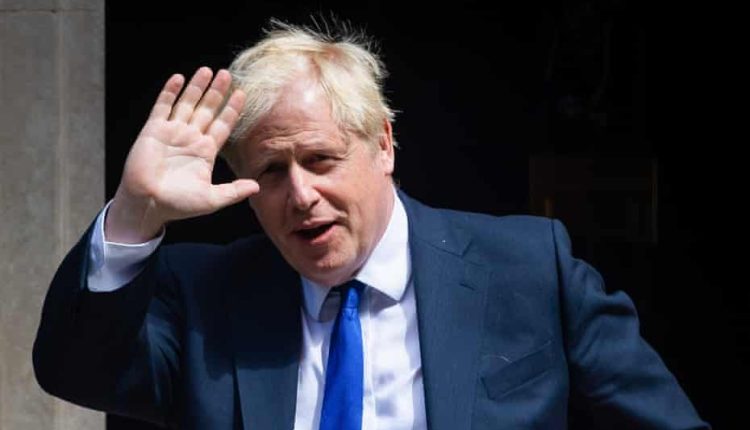 London: Former prime minister Boris Johnson pulled out of the contest to become Britain’s next leader on Sunday, saying he had the support of enough lawmakers to progress to the next stage but far fewer than front-runner former finance minister Rishi Sunak.

“There is a very good chance that I would be successful in the election with Conservative Party members – and that I could indeed be back in Downing Street on Friday,” Johnson said in a statement.

“But in the course of the last days I have sadly come to the conclusion that this would simply not be the right thing to do. You can’t govern effectively unless you have a united party in parliament.”
Johnson, who never formally announced his bid to return to Downing Street, has spent the weekend trying to persuade Conservative lawmakers to back him and said on Sunday that he had the support of 102 of them.

Sunak has already collected the required 100 nominations from Tory party members in order to run. Sunak had attempted to become leader during the summer following the resignation of Johnson, but lost to Liz Truss who stepped down on Thursday.

A runoff between the two men could have proved divisive for the ruling Conservative party, not least because many of Johnson’s supporters blame Sunak’s resignation in July for sparking the downfall of his government. The Conservatives, in power for 12 years, are currently engulfed in turmoil following the resignations of both Johnson and Truss.

“Game Can Be Cruel And Unfair”: PCB Chief Ramiz Raja