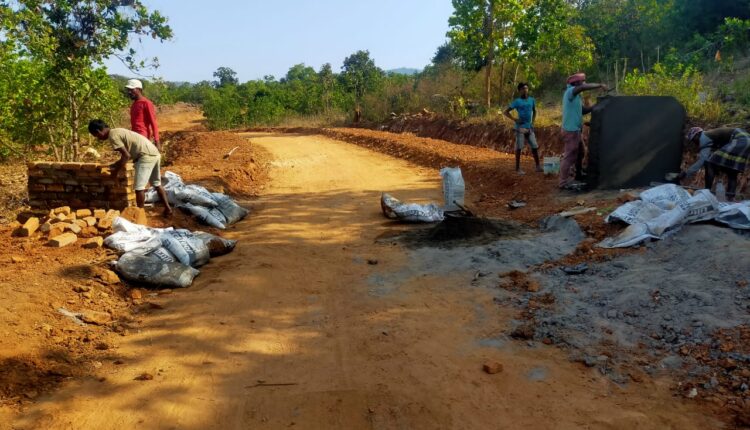 Gunupur: The Andhra Pradesh government has now riveted its eyes on bordering regions of Rayagada after Koraput, Ganjam and Gajapati districts.

Reports said the Andhra government is construction roads at Iridi Ghati in the bordering Marama gram panchayat. Sub Collector Sonal Jena after getting information on the matter had directed the officials to place a signboard on the Odisha border.

The Sub Collector, BDO Shanti Prava Pradhan and Tehsildar Fernandez Ekka have visited the area and taken stock of the matter.

The administration has been setting up demarcation points at war footing. The border stretches up to 40 km at Gunupur and Ramanaguda blocks bordering Andhra Pradesh. The District Collector was submitted with the report of encroachment of Andhra.