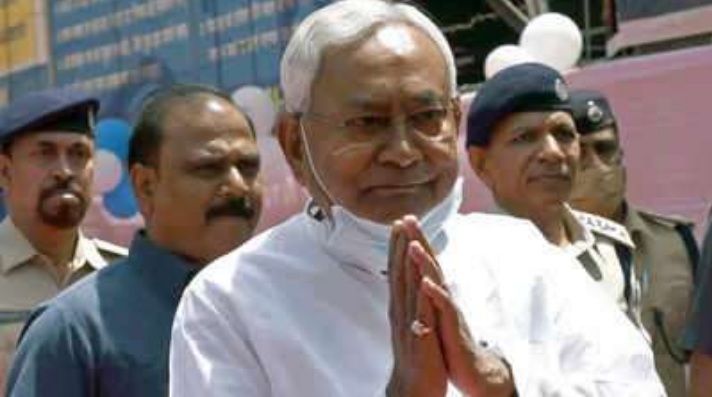 Patna: A bomb was hurled near Bihar Chief Minister Nitish Kumar’s ‘ ‘Jansabha’ site in Nalanda. Following this, police have detained one person in connection with the incident.

The incident comes days after he was attacked by a man during an event at his home turf Bakhtiyarpur in Patna.

On March 21, Nitish Kumar was attacked when he was seen offering a floral tribute to the statue of Shilbhadra Yaji. Meanwhile, a person rushing from behind attempted to punch him in the face.

The man was immediately taken into custody for questioning.

Hours after being attacked, the CM stated that he would not press charges against the man responsible for the incident. According to an official release of the Bihar Government, the investigation has revealed that the attacker is mentally unstable.

More details pertaining to the Nalanda bomb attack are awaited.