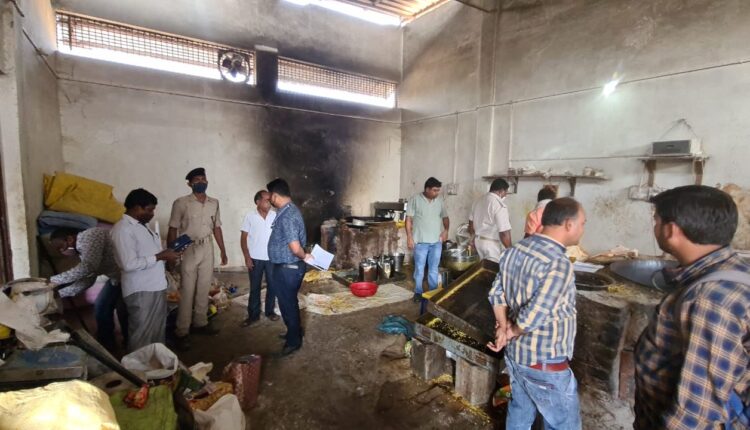 Bolangir: Kantabanjhi police on Monday seized a mixture factory and two godowns of edible oil dealers in the town for selling adulterated goods.

Kantabanjhi SDPO Saroj Mohapatra, his staff and Bolangir Food Inspector Biswajit Si conducted the raid on the factory and godowns after getting the tipoff that illegal trade is going on in the town. They were selling their products by labelling as branded products.

Police sources said the raids were conducted on three units till evening and adulterated items along with incriminating documents were seized. The authorities have made heavy security arrangement to ward off any unpleasant situation.

Police sources said the samples of the adulterated goods were sent for examination. The owner of mixture factory Bikash Jain and godown owners Sanjay Agarwal and Bishal Agarwal was also being questioned on the matter.

Two held for looting Rs 1.3 lakh from trader in Sambalpur