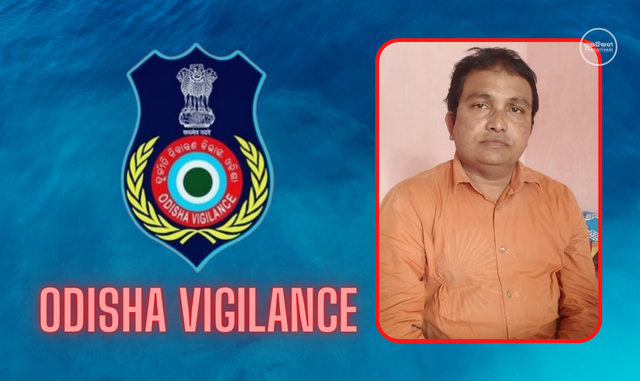 Bhubaneswar: The Odisha Vigilance on Monday apprehended the Block Development Officer (BDO) of Gudvela in Bolangir district while demanding and accepting a bribe of Rs 1.8 lakh from a contractor.

According to reports, Binod Kumar Naik, OAS-1 (Jr.), BDO of Gudvela Block had demanded Rs 30,000 from the contractor for a previously executed work in the block and Rs.1.5 lakh to assign him the new block work of estimated cost of Rs.30 lakhs @ 5%.

Acting on a complaint by the contractor, the Vigilance sleuths today apprehended the accused BDO and recovered the bribe amount of Rs 1.8 lakh from his possession.

In this connection, Sambalpur Vigilance PS Case no 31/2022  U/s-7PC Amendment Act, 2018 has been registered. Investigation in progress against accused Naik., the Vigilance said.