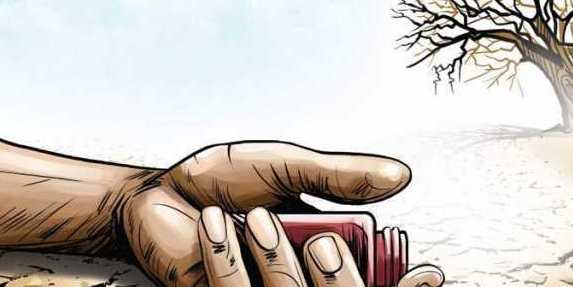 Bolangir: A farmer allegedly committed suicide over crop loss due to lack of rainfall at Kadobera village under Tureikela block in Bolangir district on Friday.

The deceased farmer has been identified as Rechka Banchhor of the same village consumed poison yesterday and died in hospital.

According to sources, Banchhor was under severe mental stress due to losses he suffered following crop failure Following this, he consumed poison yesterday and was admitted to a nearby hospital.

Later, he died while undergoing treatment in the hospital. The body of the farmer has been handed over to the family after conducting the autopsy.

Son of Banchhor also said that his father consumed poison as he couldn’t bear the massive crop loss.