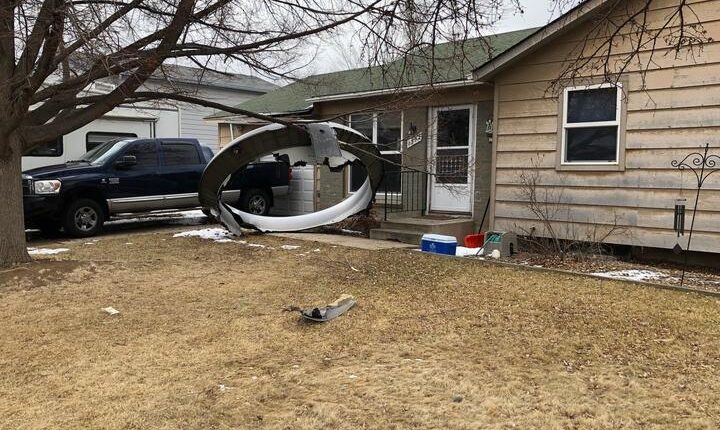 Denver(Colorado): A Boeing jet scattered its debris over a residential area near Denver following its engine failure on take-off, according to reports.

The flight 328, a United Airlines plane was bound for Honolulu. The Boeing 777 which was carrying 231 passengers and 10 crew on board returned safely and landed at Denver airport. There were no reports of injuries.

Broomfield Police had posted pictures of what appears to be the front of an engine casing. It dropped in the front garden of a home, police said.

Passengers said they heard a “large explosion” shortly after takeoff. The Federal Aviation Administration (FAA) said the flight suffered a failure in its right-hand engine.

Broomfield police urged residents not to touch or move the debris. The FAA will be carrying out an investigation on the matter.