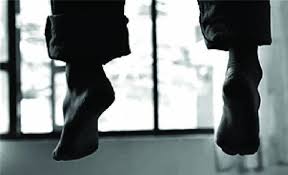 Body Of Man Found Hanging In House In Jharsuguda

Jharsuguda: The body of a 27-year-old man was found hanging at his house at Pipilimal village under Lakhanpur block in Jharsuguda on Thursday.

The deceased has been identified as Bharat Ping, son of Budhha Dev Ping of the same village.

According to police, last night Bharat slept after having his dinner but he did not open the doors of his room after a long wait of his mother.

Bharat’s mother kept calling her but no response came from his room. Following this, she called some locals who barged enter the house and found Bharat’s body hanging from the ceiling of the house.

On being informed, local police reached the spot, recovered the dead body, and sent it to a nearby hospital for postmortem. Further investigations are underway.