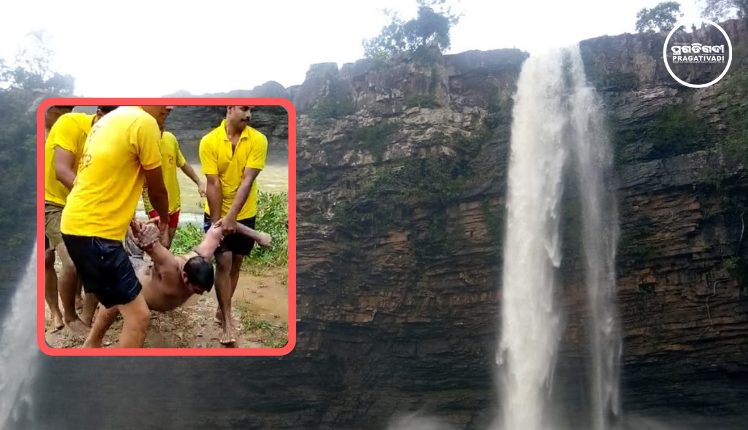 Bodies Of Three Youths Who Drowned In Gaudhas Waterfall Recovered

Nuapada: Police have recovered the bodies of three youths who were swept away in floodwater during immersion of idol of Lord Ganesh on Thursday. The incident took place at Gaudhas Waterfall in Sunabeda Wildlife Sanctuary of Nuapada district.

The deceased trio has been identified as Nilesh Singh (33), Amit Kumar Gupta (25), and Prince Gupta (28). While Nilesh was working as the manager of a liquor store, two others are employees of the liquor store in Nuapada.

According to reports, six persons had gone for idol immersion yesterday. When one of them was swept away in the strong currents, two others jumped to rescue him. However, the three drowned.

On intimation, Dharambandha police and fire service personnel reached the spot and carried out a search. But the rescue operation was halted due to darkness.

Today morning, the fire service personnel again resumed the search and managed to recover the bodies of the three missing persons.