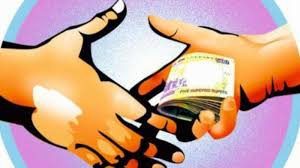 Bhubaneswar: Vigilance sleuths on Tuesday arrested a clerk working in the office of Bhubaneswar Municipal Corporation (BMC) for allegedly demanding and accepting a bribe of Rs 20,000.

The arrested has been identified as Sudhanshu Majhi.

According to reports, Majhi had demanded Rs 20,000 from one Prashanta Kumar Ray of Rasulgarh here in connection with the release of EMD and security deposit of a work done by the latter in 2018.

Later, Ray approached the anti-corruption agency and lodged a complaint in this regard.

Based on the plaint, the officers laid a trap and caught Majhi red-handed while accepting the gratification.