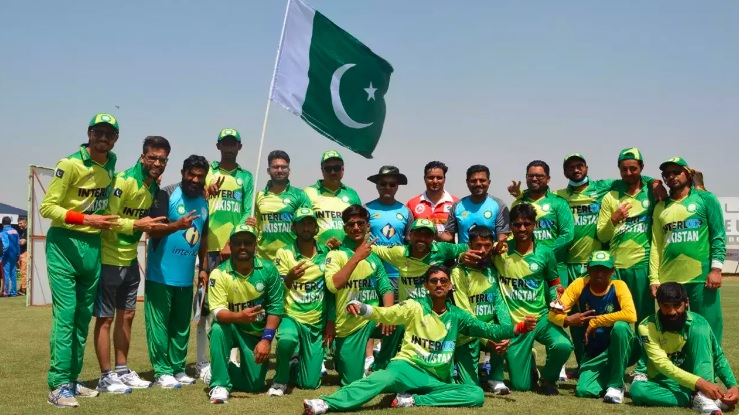 The Pakistan cricket team has been denied visa to travel to India for the ongoing Blind Cricket World Cup, slated to begin in New Delhi from Tuesday onwards, but later it was delayed.

Pakistan, who are top-ranked team in the world, was scheduled to play their opener against South Africa on Tuesday.

“This unfortunate incident has left Pakistan Blind Cricket Team in the lurch. Pakistan was a serious contender to win the World Cup as Pakistan has been the runners-up twice in the earlier two edition of this format of World Cups (2012 and 2017) and has beaten the current T20 World Champion India five times consecutively in the last five encounters during two Tri-Nation competitions in 2021 and 2022 and won both the events,” Pakistan Blind Cricket Council (PBCC) said in a statement.

“It was highly likely that Pakistan and India would have locked horns in the final of ongoing World Cup and considering the current form of Green Shirts, Pakistan had the high chances to win the World Cup.

“As per the available information the Ministry of External Affairs India has denied Pakistan Blind Cricket Clearance on Political Ground. PBCC strongly condemned this discriminating act of India as Sports should be above the regional politics and particularly the Special Persons mega sports events would be treated fairly and all teams must be given equal chances to compete the event. Our counterpart Blind Cricket Association in India pleaded their Govt for Pakistan clearance but nothing was heard.”

Meanwhile, Cricket Association for Blind in India released a statement clarifying that Pakistan won’t be part of the tournament and that a revised schedule will be drawn up.

“With reference to the information received from the Pakistan Blind Cricket Council, Pakistan Blind Cricket Team will not be able to participate in the ongoing 3rd T20 World Cup for the Blind, being held in India in spite of CABI taking all required steps to process their application for VISA. CABI will be releasing an updated tournament schedule on account of Pakistan’s non-participation very soon,” the statement read.