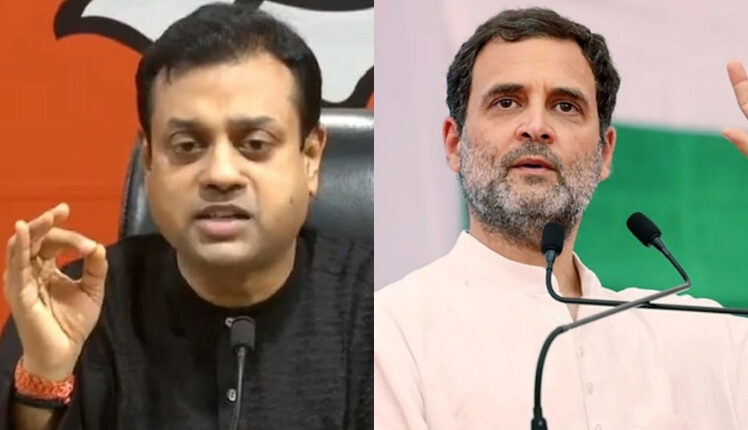 New Delhi: Taking pot-shots at the Congress leader Rahul Gandhi over his remarks on reincarnation and Lord Ram, Bharatiya Janata Party spokesperson Sambit Patra on Monday called him a “chunavi Hindu” (Hindu for electoral purposes) and a Hindu in a hoax.

In a press meet, Patra said, “The recent comments of Rahul Gandhi show the real character of Congress. They had earlier submitted an affidavit in Supreme Court questioning the existence of Lord Ram… I want to ask Rahul Gandhi whether he believes in Lord Ram. He claims to be a Hindu. The question is whether he is actually a Hindu or just a chunavi Hindu?”

Earlier Rahul Gandhi said that if a certain BJP leader does not believe in reincarnation, then how can he believe in Ram.

Following this, Patra said, “Such comments prove Rahul’s claim that he is a Hindu in a hoax. Statements like these incite communal violence.”

“Despite being a member of Parliament how can you make such statements. He (Rahul Gandhi) says he was born in the midst of power, despite then he is instigating the people of the country… He should never advocate for taking law into one’s own hands,” he said.

“Patra further claimed that Congress leader doesn’t have faith in the Constitution and Judiciary. The law and order situation deteriorates after inciting comments from Opposition party leaders,” he added.