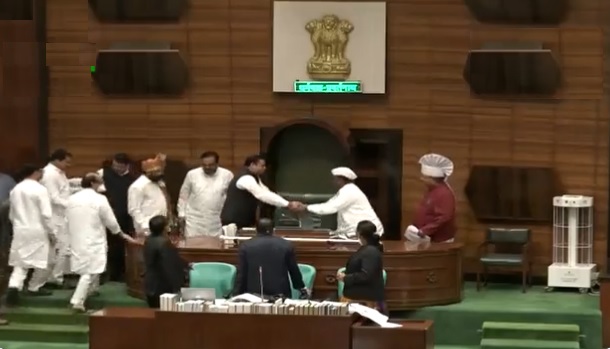 The election was held after the House proceedings began at 11 am.

He was fielded against Sena MLA and Uddhav Thackeray loyalist Rajan Salvi, who was the candidate of the Shiv Sena-NCP-Congress combine for the Speaker’s election.

The elections were held by a division of votes on the first of the two-day Special Assembly Session ordered by Governor Bhagat Singh Koshyari, last weekend.

Two LeT Terrorists Nabbed By Villagers, Handed Over To Police