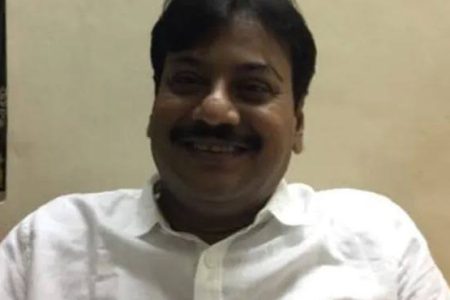 Bhubaneswar: Chilika MLA Prashant Jagdev, who had reportedly rammed his SUV into large crowd injuring several people, has broken his silence regarding the controversy.

“I had no fault, I don’t repent. BJP workers attacked me near Banpur block office with an intention to kill me. Accidentally, I put my foot on accelerator. Besides, recovery of liquor bottles & change of vehicle’s number plate was BJP’s conspiracy”, Prashant Jagdev said.

Notably, on March 12 Jagdev was heading towards Banpur Block for the Block chairperson election when he had to stop due to heavy rush in front of the Block office. Instead of slowing down the vehicle, Jagdev allegedly drove it into the crowd. At least 22 people were injured in the incident.

The infuriated mob then attacked the Bahubali MLA and also vandalised the vehicle. A severely injured Jagdev was initially admitted to the Banpur hospital and later shifted to a Bhubaneswar based private hospital. He was arrested after his discharge from the hospital on March 22.Jagdev has been charged with serious offences like attempt to murder, obstructing police personnel from performing their duty, injuring public and using car as weapon to hurt people.

Over Dozens Infected With New ‘Langya’ Virus In China