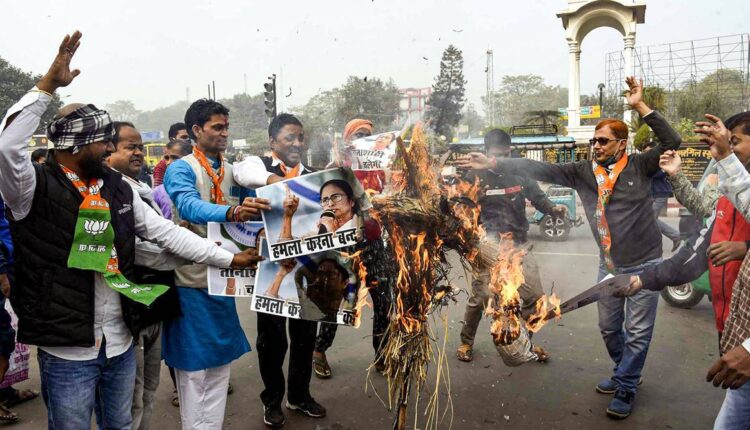 Kolkata: The BJP has alleged that another party worker was murdered by Trinamool Congress (TMC) goons in North 24 Paraganas in West Bengal.

Joint Commissioner of Barrackpore Police Commissionerate Ajay Thakur said police have detained two persons who are being interrogated over the incident.

The party worker was identified as Saikat Bhawal from Halisaha. He was allegedly beaten to death by TMC goons while six others were critically injured. The incident occurred during the outreach programme ‘Griha Sampark Abhiyan’ recently.

Bhawal’s  family alleged that TMC workers suddenly attacked him while he was on his way to attend the programme. Barrackpore BJP MP Arjun Singh said that the party will launch a protest in the district against the incident on Sunday.

Meanwhile, the TMC has denied allegations saying that it was due to the internal bickering of BJP that resulted in the death of the worker.

TMC MLA of Naihati, Partha Bhowmik said that the TMC will not allow the BJP to disturb the peaceful situation in the district.