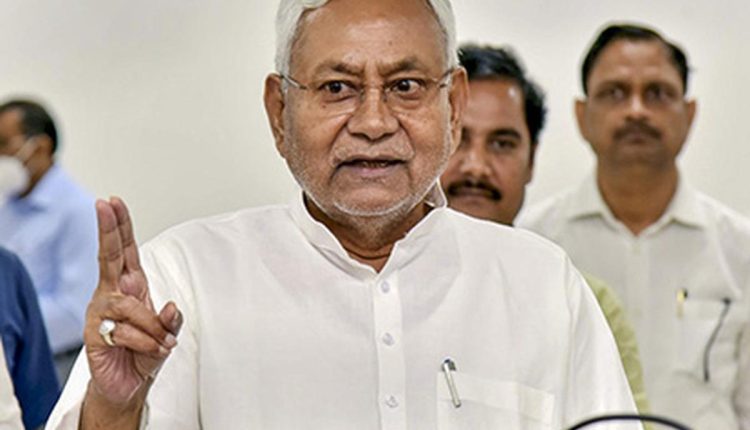 Patna: Amid cracks in the coalition, Bihar chief minister and Janata Dal (United) chief Nitish Kumar told party MLAs that he is calling off the alliance with the Bharatiya Janata Party.

In the meeting held with the party leaders in Patna, where Bihar CM Nitish Kumar decided to end the alliance with the BJP, the chief minister said that BJP is conspiring to break the JD(U).

JD(U) Nalanda MP Kaushalendra also said that the BJP had been trying to lure its leaders to break away from the party and that many were offered Rs 6 crore to do so.

Kumar cited several conspiratorial steps by BJP to dethrone his government from power as the reason for taking the extreme step.

BJP leader and Union Minister Kaushal Kishore said that the BJP never took any steps to irk Nitish Kumar and would want him to “continue as the chief minister.”

Kumar had convened the meeting following the exit of former national president RCP Singh. Singh resigned after the JD(U) sent a notice seeking explanation on the charges of corruption levelled against him.

Meanwhile, leader of the opposition Tejashwi Yadav is likely to visit the CM Kumar’s residence to hand over the letter of support any time.

The reason for Singh’s exit from the Cabinet and later from the JD(U) is seen as his growing proximity to the BJP, at the cost of the JD(U), because of which he was denied a renomination to the Rajya Sabha which made his continuation in the Union Council of Ministers untenable.

This incident and a few others before it have led to a growing distrust between the BJP and the JD(U).