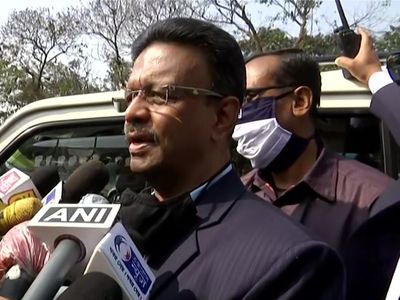 He said that BJP’s claim of Bangladeshis and Rohingyas are registered in the voters’ list is unfounded. Hakim on Thursday met the Election Commission officials and complained against saffron party’s allegation.

Hakim told the media that BJP’s allegation of Bangladeshis and Rohingyas included in the electoral list amounts to censuring the poll body as the Voter ID card is prepared by it.

The TMC leader also criticized BJP Yuva Morcha chief Suresh Shaw and some of its members for raising “desh ke gaddaron ko, goli maaro…” slogan at a rally in Chandannagar on Wednesday.

He alleged that the saffron party is trying to divide the people of West Bengal on religious lines. With the assembly elections round the corner, the main fight will be between the ruling TMC and BJP.