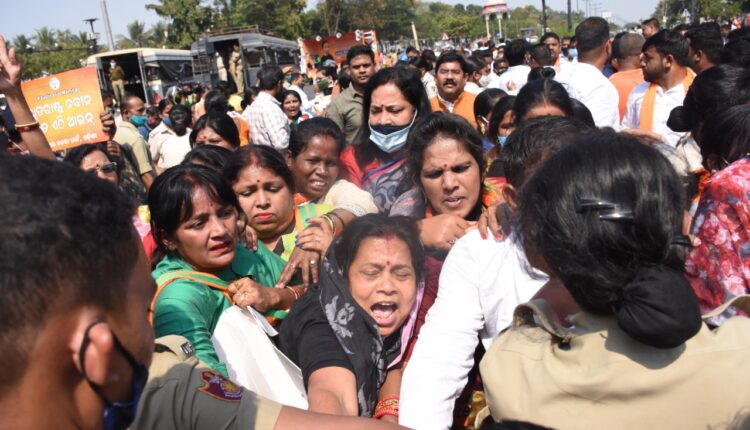 The party leaders attempted to gherao the residence of Chief Minister Naveen Patnaik. They also demanded the resignation of the Minister of State (MoS) for Home Dibya Shankar Mishra and demanded a CBI probe into the matter.

The BJP Mahila Morcha workers blocked the road near Sishu Bhawan square in Bhubaneswar. Some workers attempted to break through the barricade and march towards the Naveen Niwas.

Many saffron party activists who attempted to approach Naveen Nivas were intercepted by police near Sishu Bhawan. The activists who tried to break the police cordon have been detained.

Worth mentioning, the opposition parties BJP and Congress held several protests across the state seeking justice for Mamita Meher’s family.

Exceptional Gift Ideas For Your Someone Special On Propose Day