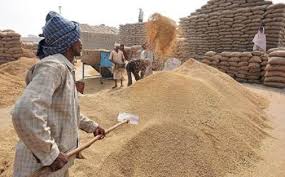 Sambalpur: The Odisha unit of the Bharatiya Janata Party (BJP) staged ‘Chakka Jam’ at all national highways and state highways in five Lok Sabha and 37 Assembly constituencies in western Odisha.

The protest started at 10 am and will continue till 1 pm.

The 3-hour protest is being staged over mandi issues and irregularities in paddy procurement.

The politics over paddy procurement in Odisha intensified with the Opposition BJP leaders taking to the protest.

Notably, BJP on January 29 took its protest to 10 districts of western Odisha alleging irregularities in paddy procurement. BJP workers staged dharna in front of collectorates and sub-collector offices across the districts including Sambalpur.

Earlier on January 21, the BJP had organised a Chasi Adhikaar rally over procurement in Sambalpur.

PSL 2021: Dale Steyn lashes out at commentator over…