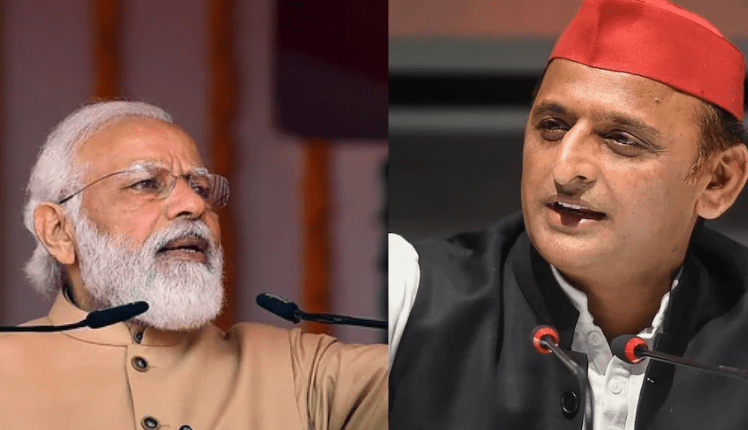 Lucknow: Ahead of the Uttar Pradesh Assembly elections, the arrest of Kanpur businessman Piyush Jain, who had hidden about Rs 200 crores in his home, has become a new subject for political parties.

While Prime Minister Narendra Modi targeted Yadav after the seizure of huge cash, gold and silver from Piyush Jain, the latter snapped back at him saying Piyush Jain was a “BJP businessman”.

At the inauguration of a metro rail project in Kanpur, PM Modi linked jailed perfume trader Piyush Jain to the Samajwadi Party and mocked Akhilesh Yadav’s frequent complaints that the BJP takes credit for his work.

PM Modi said, “Boxes filled with notes have come out. I was thinking they [Samajwadi Party] will say that this was also done by us.”

“The people of Kanpur understand business and trade well. Before 2017, the perfume of corruption that they had sprinkled all over Uttar Pradesh is there for everyone to see,” said PM Modi.

Akhilesh Yadav, in his comeback at PM Modi, denied any connection between the Samajwadi Party and Piyush Jain. He said the BJP had “its own businessman raided by mistake”.

He alleged that Piyush Jain’s call detail records would reveal the names of several BJP leaders who were in touch with him.

“By mistake, the BJP got its own businessman raided. Instead of the Samajwadi Party leader Pushpraj Jain, it got Piyush Jain raided,” said Akhilesh Yadav.