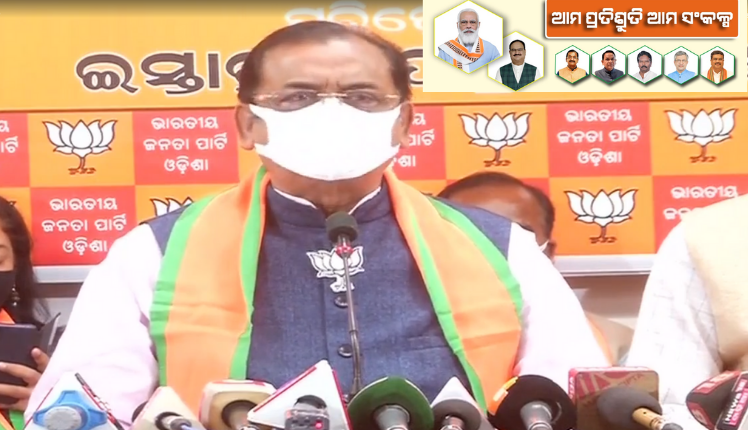 Bhubaneswar: The Odisha State BJP has released its manifesto for the forthcoming Panchayat elections on Thursday, promising various development schemes to rural people.

The manifesto was released in a meeting held in Bhubaneswar BJP HQ stressing empowering panchayats, sarpanches and ward members.

While releasing the election manifesto, state party president, Samir Mohanty said, “Nutritious food at Anganwadis, cooking gas and electricity connection to every household, skill development of SHG workers and wiping out brokers from paddy procurement process will be our target.”

“We will ensure that the Sarpanch have the power and discretion to take decisions. Every village will have Gram Sabhas which will work with Ward Members for the development of the panchayat. Paddy mandis will be opened in panchayats with the support of FCI,” he stated.

“We will work towards eliminating the ‘Token System’ at paddy mandis. Liquor shops are not allowed within a 500-metre distance of schools, religious places, colleges, residential areas and highways,” said Mohanty.

Another 11,157 COVID-19 patients recover in Odisha