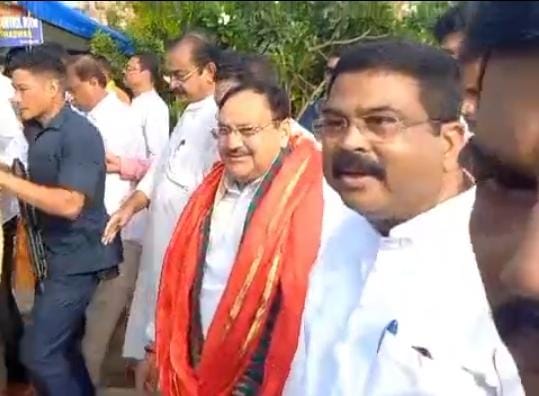 Many senior leaders and saffron party workers were also present with Nadda who was escorted inside the Srimandi amid tight security. 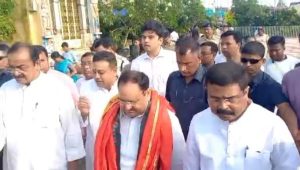 At the temple, Nadda was welcomed by the temple sevayats (servitors). Later, Nadda went to the temple and sought the blessing of the Holy Trinity and other presiding deities at the Srimandir.

Nadda arrived at Puri on Thursday night following his meetings at Bhubaneswar. He received an overwhelming welcome at the pilgrim town by party leaders and supporters at Atharnala.