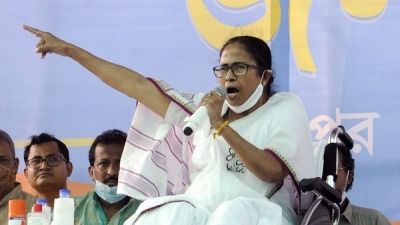 Banerjee said the BJP has ordered the CRPF to beat women, harass and kill people who oppose them and added that they have prevented voters from entering polling booths and casting their votes.

This is not the first time Banerjee has attacked central security forces, alleging meddling in elections. Previously, she had slammed Home Minister Amit Shah for ‘using security agencies’ for the BJP.

While the BJP has claimed that it will bag more than 200 seats and oust the TMC government in the state, TMC has predicted that the BJP will not be able to cross the two-digit mark in the 294-seater Assembly.