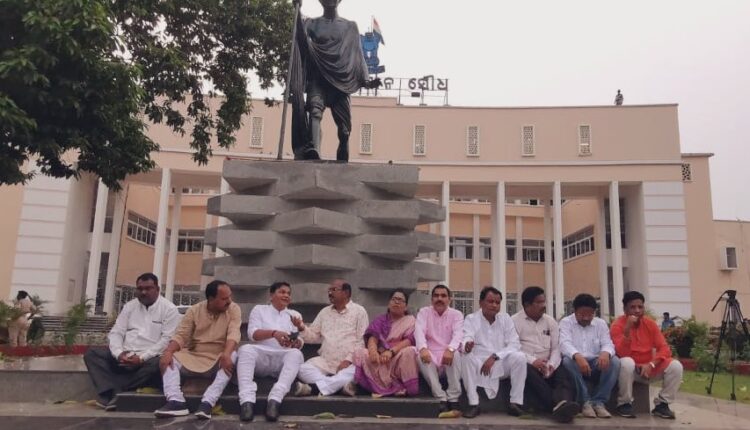 Bhubaneswar: The Bharatiya Janata Party (BJP) MLAs have decided to stage dharna throughout the night near the Mahatma Gandhi statue opposing action against three legislators by Speaker Surjya Narayan Patro.

This was informed by the Leader of Opposition (LoP) Pradipta Naik. He said that a meeting will be held at the party office regarding this issue at 10 am tomorrow.

The saffron MLAs will also meet Governor Ganeshi Lal on Monday to lodge a complaint against the Speaker for not allowing them to speak during the session.

It may be mentioned here that three BJP MLAs – Jayanarayan Mishra, Bishnu Charan Sethi, and Mohan Majhi-were suspended by the Speaker for hurling shoes at him at the end of the budget session.