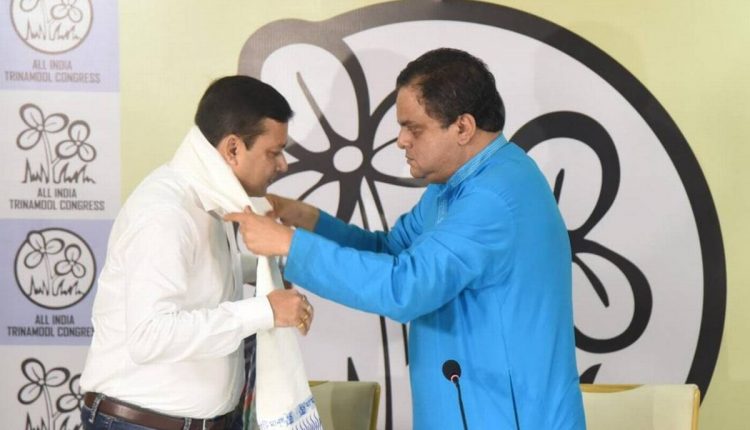 New Delhi: Bishnupur MLA Tanmoy Ghosh on Monday rejoined the ruling Trinamool Congress (TMC). He had joined the BJP from the TMC in March last.

Inspired by @MamataOfficial‘s developmental work for the people of #Bengal, @BJP4Bengal MLA from Bishnupur Shri Tanmay Ghosh joined the Trinamool family today in the presence of Shri @basu_bratya.

We extend a very warm welcome to him! pic.twitter.com/DRj5CFKkYc

With this, the number of BJP MLAs has come down to 73.

This is the second defection by an Opposition MLA since the polls earlier this year in which the BJP won 77 seats.

Earlier, Mukul Roy, who was a BJP national vice-president, returned to the TMC on June 11.

The BJP won 77 of the 292 seats of West Bengal assembly that went to the polls. The Trinamool Congress won 213 seats, while ISF and GJM bagged one seat each. Voting in Jangipur and Samserganj had to be postponed after the death of one candidate each in the two seats.