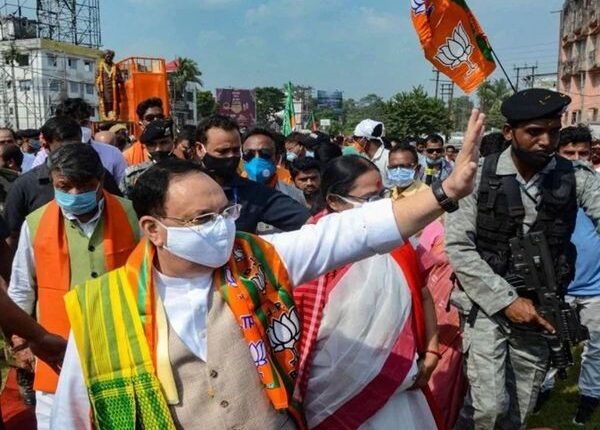 Kolkata: The Bharatiya Janata Party is hell bent on going ahead with its planned ‘rath yatras’ in poll-bound West Bengal.

Kailash Vijayvargiya, the BJP national general secretary, on Friday said that the local authorities in the state cannot stop the party’s five planned ‘rath yatras’ this month as no court has put a bar on them.

He told reporters that the party will go ahead with the ‘rath yatras’ and the first one will be flagged off by BJP national president JP Nadda on Saturday.

The BJP chief will inaugurate  the rath yatra from Nabadwip on February 6 and added that Home Minister Amit Shah will attend another yatra from Coochbehar, Vijayvargiya said.

It may be noted that the West Bengal Chief Secretary’s Office has asked the BJP to approach the respective local authorities for seeking permission to carry out ‘rath yatras’.

The BJP has planned five different ‘rath yatras’ or ‘Parivartan Yatras’ to criss-cross the state starting February 6. The ‘yatras’ will continue for 25 days and begin from Nabadwip, Coochbehar, Kakdwip, Jhargram and Tarapith.

Meanwhile, a PIL seeking a ban on the ‘rath yatras’ in order to maintain the law and order situation in the state, was filed in the Calcutta High Court.

The Assembly polls are due in West Bengal in the first half of this year.

IFFCO To Come Up With Oxygen Plant In Odisha’s…

BJD will not hold public rallies or campaign meetings…