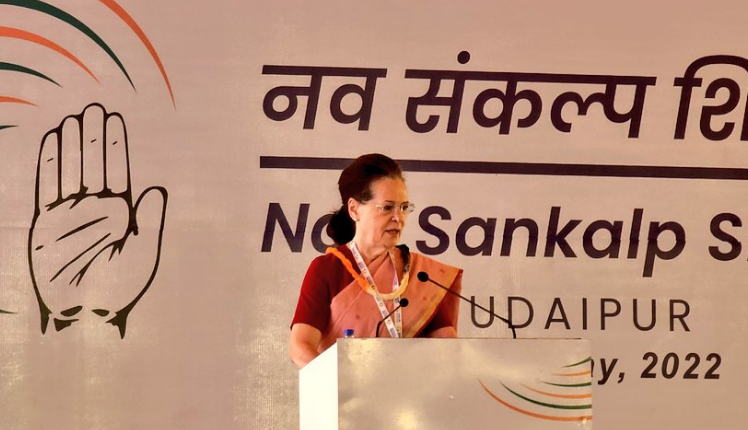 She accused the ruling government of creating an atmosphere of polarisation and fear in the country.

The Congress chief slammed the Centre’s policies saying it was hitting the people. “The country is facing numerous challenges due to the policies of the government,” Sonia said, adding that “it is clear that PM Modi and his colleagues want to keep the country in a constant state of polarisation and in fear.”

The Congress chief accused the Centre of victimising the minorities while noting that they were “equal citizens and an integral part of society.”

She criticised the alleged use of central agencies and jailing of political rivals of the BJP on flimsy grounds and accused the establishment of trying to change history.

Talking about the party, Sonia Gandhi said, “Changes in organisation are need of the hour, we need to change the way of our working.”

“We have to keep organisation above personal ambitions, the party has given us a lot and it is time to pay back,” Sonia Gandhi told party members.

Four killed, over 20 hurt after bus with pilgrims on board catches fire in J&K’s Katra