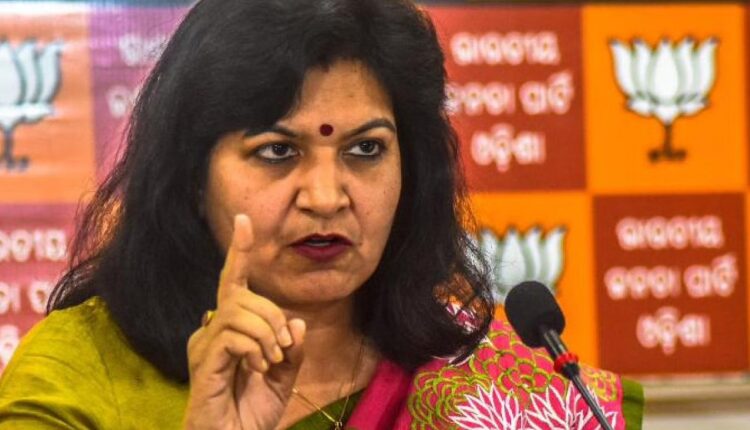 Bhubaneswar: Bhubaneswar MP Aparajita Sarangi on Sunday alleged that the ruling Biju Janata Dal (BJD) had used money and muscle powers to secure the win in the Odisha Urban Elections.

Speaking to media persons, Sarangi said, “I am happy that BJP’s mayoral candidate for the Bhubaneswar Municipal Corporation (BMC) Dr Suniti Mund amassed over 1.14 lakh votes and 10 party candidates won corporator seats with the confidence of people and promise of development.”

“But I would like to ask why BJD is so nervous? And I am also asking, why is it using money and muscle power to win the mandate of the people even though it has remained in power for more than two decades” Sarangi added.

However, the BJD has not issued any reaction to Sarangi’s allegations.

Notably, BJD has won a total of 73 chairperson posts out of 105 municipalities/NACs and also clinched all the three mayor seats in all the municipal corporations of Bhubaneswar, Cuttack and Berhampur.

The BJP remained in the second position by winning 16 chairperson seats while Congress won 7 seats and independent candidates in nine.