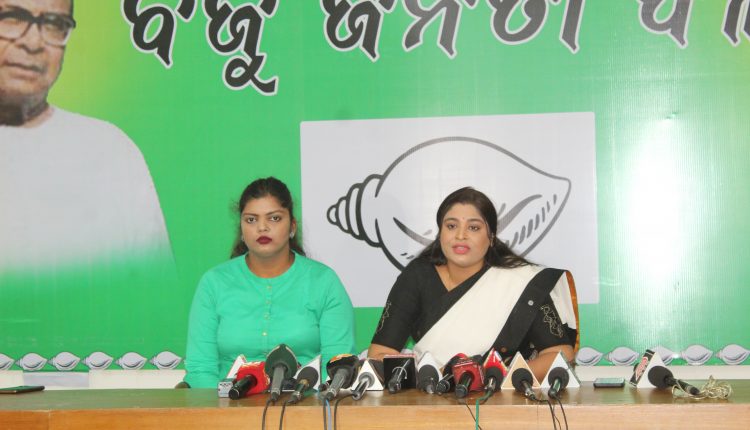 Bhubaneswar: The sensational Mamita Murder case seems to be gaining political steam day by day and all the opposition parties are now taking a direct aim at none other than BJD supremo Naveen Patnaik.

While one side of the political chorus is demanding the resignation of MoS (Home) Dibya Shankar Mishra, another side blamed Chief Minister Naveen Patnaik for all this mishap.

Reacting over this issue, the ruling Biju Janata Dal (BJD) also slammed opposition parties on Saturday saying they are doing cheap politics over such a sensitive issue.

Speaking to media persons, BJD student wing general secretary, Ipsita Sahu said, “It is shameful to politicise such a sensational issue. The BJP’s language is reprehensible and it uses to do cheap politics. The investigation is underway and the law will give justice to the victim. But there is a lot of competition going on between oppositions and they are intending that who will be seen in the media for a long time.”

“Violence against women is on the rise in the BJP-ruled state and most of the BJP leaders are involved in the crime. But in all these cases, the language of the Odisha BJP is different. We condemn the Capital police station incident which is shameful for the state BJP. The accused has been arrested and law will make its path but BJP is not witnessing all these issues, rather than politicising the matter,” she added.

Similarly, youth BJD general secretary, Elena Das said that the allegations of BJP are not substantiated and will not be substantiated by doing cheap politics. However, the BJP could not prove the facts. Our main goal is to get the accused punished and investigations are underway.