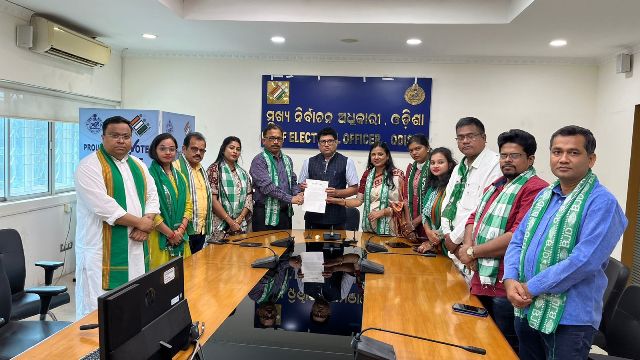 A delegation of the ruling party on Thursday submitted to Chief Electoral Officer (CEO) a memorandum to that effect along with a pen drive, which reportedly had video proof of Pradhan encouraging the television journalist to attack the Odisha minister, popularly known as Raja Swain.

Claiming that the party came across the video on social media, the BJD delegation, led by MP Sasmit Patra and spokesperson Lenin Mohanty, called for immediate action against Pradhan.

Both Swain, campaigning for BJD candidate Barsha Singh Bariha in Padampur, and Pradhan, canvassing for BJP nominee Pradeep Purohit in the assembly segment, were not available for comment.

Meanwhile, the opposition BJP, too, moved Chief Electoral Officer S K Lohani demanding action against BJD leaders and ministers, who have “unleashed a reign of terror in the constituency”.

BJP state general secretary Lekhashree Samantsinghar claimed that “lawlessness prevails in Padampur, with the local police and civil administration acting on the behest of the ruling party”.

“A BJP worker named Nirupama Bag was injured in an attack by BJD goons on the instruction of an MLA,” the petition by saffron party said.

All states should establish price monitoring centres in all districts: Centre