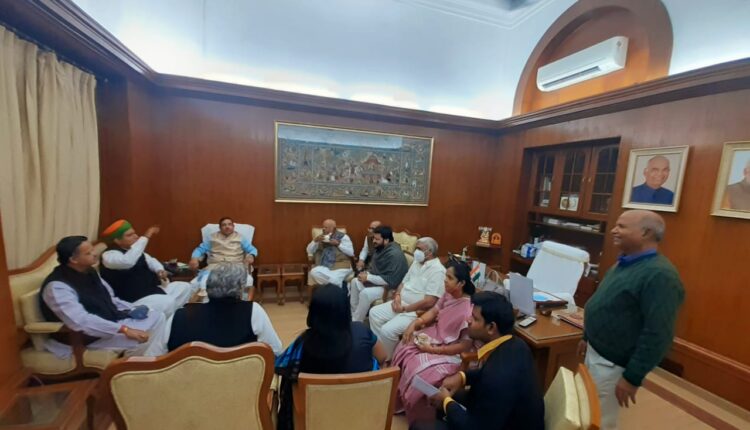 The delegation of BJD Lok Sabha and Rajya Sabha members met the Union Minister and placed demand that the Centre withdraw the by-laws relating to Lingaraj Temple.

Reportedly, Odisha Chief Minister Naveen Patnaik on Friday urged the Centre to immediately withdraw the notification for the draft heritage bylaws of the National Monuments Authority for two major temples in Bhubaneswar.

“The Central Govt should immediately withdraw the National Monuments Authority Draft Bylaws on Ananta Basudev & Brahmeswar Temple of EkamraKshetra. It would have been appropriate for the Central agencies to take the State into confidence on sensitive religious issues”, the Chief Minister said.

He also appealed to all the MPs from Odisha to take up this sensitive matter with the Union Government as it involves the sentiments of lakhs of devotees of Odisha, lives and livelihood of sebayats, linked to the smooth conduct of Nitis of Lord Lingaraj.

The Centre had earlier exempted the Jagannath Temple in Puri from the bylaws.