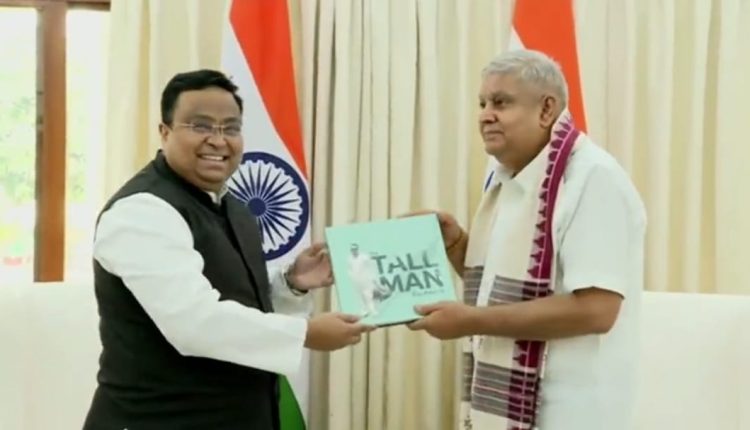 Dr.Patra apprised the Vice President about the stand of BJD in Rajya Sabha and how it has always been a disciplined Party in the Parliament as per the directions of BJD President and CM Naveen Patnaik.

The Vice President spoke of his high regards and appreciation for CM Naveen Patnaik and expressed his happiness about the conduct of BJD Parliamentary Party in the Rajya Sabha.

Dr. Patra assured the Vice President on behalf of CM Naveen Patnaik that BJD Party in Rajya Sabha would strongly support smooth functioning of the Rajya Sabha and the thrust would be on debates and discussions for Odisha’s interest and nation-building.

On this occasion, Dr. Patra presented the Book “The Tall Man” on the life and works of great leader and inspiration of 4.5 crore people of Odisha, Biju Patnaik. Vice President expressed his thanks and appreciation for this wonderful book.