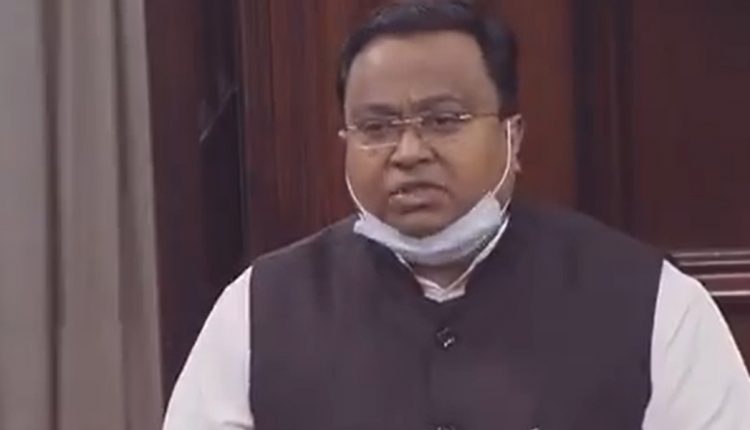 Bhubaneswar: BJD MP Dr. Sasmit Patra through a Special Mention in the Rajya Sabha on 14th December 2021 raised the demand for steps to be undertaken to tackle Left Wing Extremism (LWE) in Odisha and where the Centre could further help.

Patra placed the proposals of Odisha Chief Minister Naveen Patnaik which the latter had placed in the Union Home Minister’s review of LWE affected States on 26th September 2021.

“Under the leadership of Odisha Chief Minister, Left Wing Extremism has come down in Odisha. Union Home Minister’s Review of LWE Affected States was held on 26th September 2021 where Odisha CM Naveen Patnaik offered proposals that if undertaken by Centre would help in further reducing LWE extremism in Odisha,” said Patra.

Firstly, the Four-laning of road NH 326 from Jeypore to Motu via Malkangiri upto Bhadrachalam. This will provide a parallel road for traffic from eastern India, Chhattisgarh, Jharkhand to South India especially Bangalore and Hyderabad providing huge economic impetus to this region.

Secondly, Railway Ministry and Odisha Government are already constructing two legs – from Jeypore to Nabarangpur and Jeypore to Malkangiri through cost-sharing. The missing part between Malkangiri to Bhadrachalam of length 153 KM and Nabarangpur to Junagarh of length 118 KM can be undertaken to provide a very viable alternative path to the trunk routes of railway and improve economic growth of these areas.

Thirdly, providing mobile connectivity to areas of southern and western Odisha with an estimated 2,000 more mobile base stations to be setup.

“It is primarily through economic prosperity of these LWE affected districts that we can stop LWE extremism,” Patra added.

Andhra: 9 Killed As Bus Plunges Into Canal In West Godavari