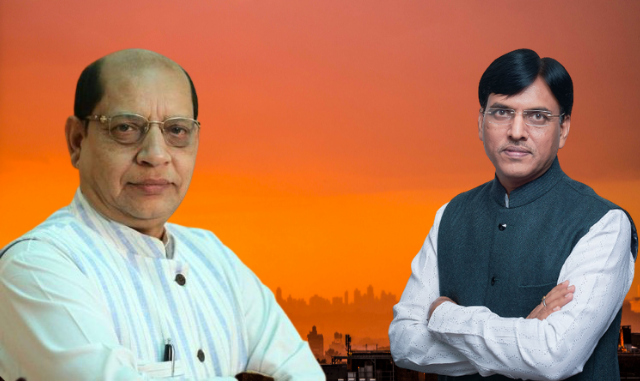 New Delhi: Senior leader of Biju Janata Dal, Prasanna Acharya on Saturday wrote to the Union Health Minister, Mansukh Mandviya, suggesting immediate alternative arrangements for those students, who were forced to abandon their studies halfway, due to the Russia-Ukraine war.

Acharya, leader of BJD Parliamentary Party (RS), first went on to compliment Union Health Minister Mansukh Mandviya and particularly the Prime Minister Narendra Modi for having taken all efforts to successfully evacuate the Indian citizens most of whom are students from war-torn Ukraine. “Some more students are yet stranded in some places whom I hope the Central Government would be able to take back home safely,” he wrote in the letter.

Acharya said that there are a good number of students from Odisha who are doing medical education in Ukraine and Odisha Chief Minister of has also spoken to the Home Minister and the Minister for External Affairs for the safe evacuation of Odisha students. “The State Government has also taken several measures including deputing four officials to coordinate and over look the safe transfer of students of Odisha,” he noted.

Further, Acharya apprised the Union Minister that the parents and family members of the Indian students those who were having their education in Ukraine are very much concerned about the future of these students.

“As you are aware most of the Indian students in Ukraine are in medical education. Many of them in their final years, many in the middle of their education and some students were admitted in various medical Universities in Ukraine very recently. I personally know many parents from my home state Odisha who took much effort to arrange finances to send their wards to Ukraine for Medical education. In the present war scenario the studies of the students have been discontinued and nobody knows what would happen to their future education. At present it does not seem normalcy would restore in the war torn country very soon and these Indian students would be able to resume their education there,” the senior BJD leader pointed out

“Under the above circumstances the future of such students will be doomed unless and until the Union Government and in particular your Ministry take some immediate measures to save the future of these students. I would therefore humbly suggest that Government of India should seriously ponder for immediate alternative arrangement for these students who were forced to abandon their studies half-way in view of the situation. All arrangements should be made for their entry into various medical colleges in the country, even by relaxing the prevalent rules and guidelines if necessary,” the letter read.

Acharya also humbly suggested the Union Health Minister to analyse the reasons for why such a sizeable number of Indian students are tempted to go to Ukraine for Medical education. “Is it because the number of medical scats in India are in limited numbers, the expenses for medical education in India are so high in comparison to other countries like Ukraine which the middle class Indian parents are not able to afford or whether the standard of medical education in these countries are better than that in India!,” Acharya highlighted.

The senior BJD leader earnestly requested Mandaviya to take into consideration of all the problems he had highlighted and find out suitable solutions in order to facilitate continuance of medical education of the Indian students who have Ieft Ukraine.