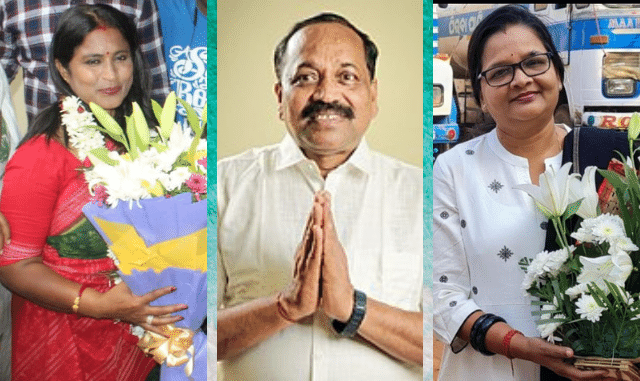 Bhubaneswar: With the declaration of results of urban local body (ULB) elections on Saturday, the ruling Biju Janata Dal (BJD) has won the Mayor seats in the three Municipal Corporations of Bhubaneswar, Cuttack, and Berhampur.

As per reports, conch party candidates Sulochana Das, Subhash Singh, and Sanghamitra Dalei have secured maximum number of votes to win the mayoral elections of BMC, CMC, and BeMC respectively.

BJD’s Sulochana Das has been elected as the first woman mayor in the Bhubaneswar Municipal Corporation, while BJD’s Sanghamitra Dalei has been elected as the mayor of Berhampur. In Cuttack, BJD candidate Subhas Singh has been confirmed as mayor. With the party’s landslide victory in the municipal elections, the BJD supremo & Chief Minister Naveen Patnaik has thanked everyone. “The BJD’s landslide victory in the municipal elections has been made possible by the blessings of the people of Odisha and the efforts of countless workers,” he said in a tweet.