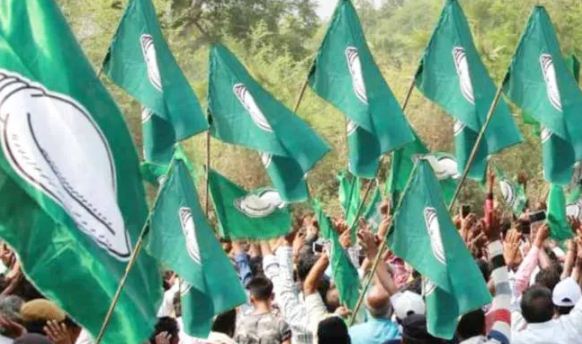 Bhubaneswar: The Biju Janta Dal (BJD) on Monday staged a state-wide protest against the unprecedented rise in the price of LPG cooking gas.

In order to protest, it was seen that the members of Biju Mahila Janata Dal were cooking on earthen stoves.

Reportedly, the party had decided to hold protest dharna and demonstrations before the three RDC zonal offices from November 22 to November 24 against the hike in gas prices.