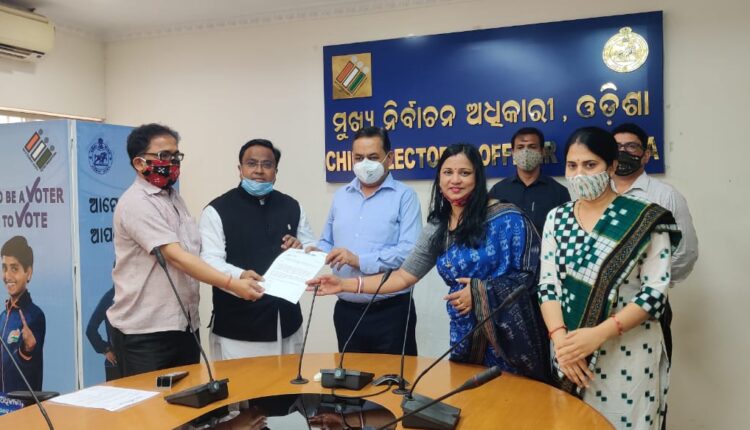 Bhubaneswar: A delegation of Biju Janata Dal today met the Chief Electoral Officer of Odisha demanding action into the seizure of Rs 50 lakh from a bike in poll-bound Pipili.

The BJD delegation also submitted a written complaint to the Odisha CEO apprising that 50 lakh Rupees has been seized from two Bharatiya Janata Party (BJP) leaders in Pipili today.

“Due to the growing fear within BJP of losing the Pipili by-poll, the BJP has now been pumping in huge amounts of money in a bid to influence the Pipili by-poll. However, the people of Pipili are conscious and enlightened citizens. They will defeat such illegal attempts by BJP in Pipili by-poll,” the complaint read.

The BJD leaders further demanded that Police Patrolling and Surveillance teams should be increased to ensure that the BJP does not become successful in its illegal activities of pumping money into the election.

“We also demand that strict investigation must be undertaken to trace these illegal funds and bring all those guilty to justice. We look forward to your kind and appropriate action in ensuring a peaceful election,” said the  BJD delegation.

Thunderstorm Warning Issued For Gajapati & Ganjam Dists In Next 2 Hrs